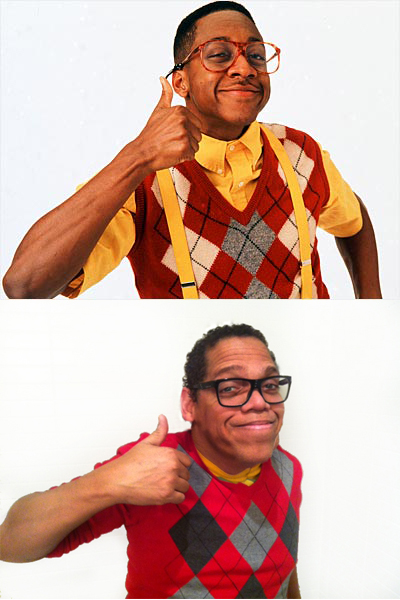 KTLA news anchor, Sam Rubin mistakes comedian Greg Morton for actor Jaleel White who played the gangly ‘bleek’ Steve Urkel on the popular 90’s sitcom, ‘Family Matters.’ Rubin asked Morton, what it was like transitioning from child star to adult on ‘Dancing With the Stars,’ and then quickly tried to cover himself by saying how much he enjoyed his performances in the Police Academy movies. A stunned and perplexed Morton replied, “You know Sam, we don’t all look alike!”

This was not Rubin’s first faux pas. Earlier this week, the Entertainment reporter confused Samuel L. Jackson with Lawrence Fishburne. The interview continued with Morton plugging his appearance at Comedy Off Broadway in Lexington, KY. Feb. 12 – 15 2014.